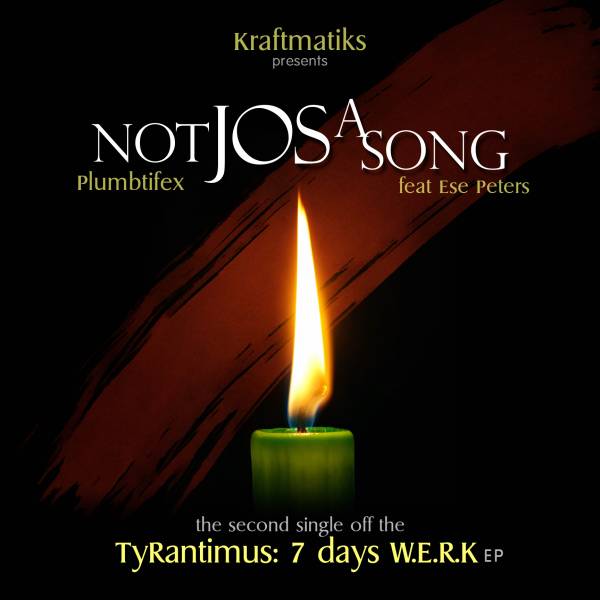 No one needs to be a Psychic to Know that the Carnage in Jos has attained Epic proportions. The question has suddenly moved from  ‘When will it end?’ to ‘Where Next?’.  Beautiful Memories have morphed into Clips from Horror Flicks.

Consequently, the follow up single to BEAUTIFUL, the first single off the TyRantimus :7 Days WERK (WERK is acronym for Words, Expressions of Rant and Kraft) EP,  is this Single: NOT JOS A SONG . This track turns the Pathos several notches higher than its Romantic predecessor.

With a Haunting hook by Ese Peters (When the Last Victim is Shot and there’s no one left to mourn, in the City of Jos, we will keep ‘dem Guns) and Spontaneous but Melancholic Loops by 2011 Red Bull Academy delegate Kraftmatiks, it wasn’t hard to evoke TyRantimus , the 7 Day studio-lab alter-ego of Plumbline/Plumbtifex.

Kraftmatiks Presents: Dr Sid – Something About You [Funky House Remix]