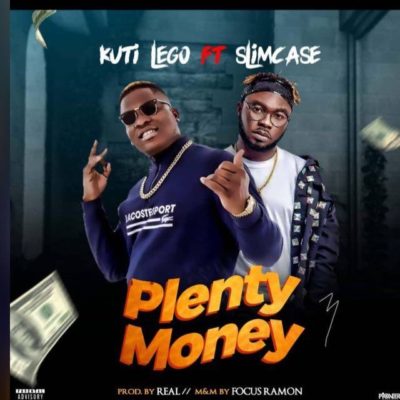 South African based Nigerian act Kuti Lego is about to set fire to the dance floor with his smash hit single titled “Plenty Money” in which he featured Street Otunba; Slimcase.

Kuti Lego whose real name is Emmanuel Kuti Mene is an indigene of Warri, in Delta State, Nigeria even though he is currently based in Cape Town, South Africa.

The single Plenty Money Featuring Slimcase was produced by Real and Mixed/mastered by Focus Ramon.

The song is a certified hit as Kuti Lego alongside Slimcase did absolute justice to the song. Enjoy below