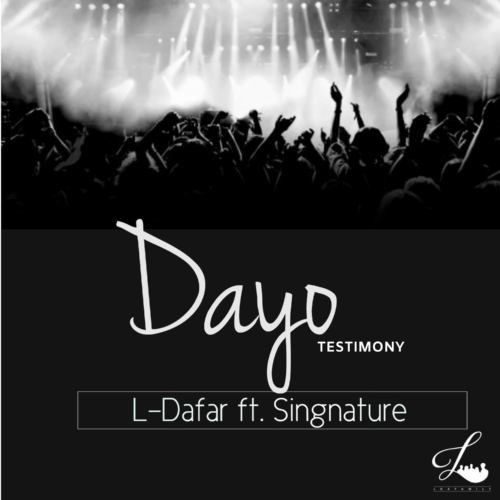 Following the release of “Tavis“, a song still making huge waves in the UK, and officially adopted by ITV in the campaign against knife crime; L-Dafar is back with a self-titled song called “Dayo“. L-Dafar expresses himself with some fantastic lyricism and this was well complemented by Singnature‘s melodious vocals.

“Dayo” is a Nigeria/UK collaboration between L-Dafar and the talented musician known as Singnature. It is a mini-autobiography in African pop style and one for the dance floor. “Dayo” means “transformed into joy”. The motivational song (produced by Negizzy) is the first official single released off L-Dafar’s mixtape (Self-Acclaimed King) scheduled for release later this year. Another interesting fact is that the release date of “Dayo” is L-Dafar’s birthday.