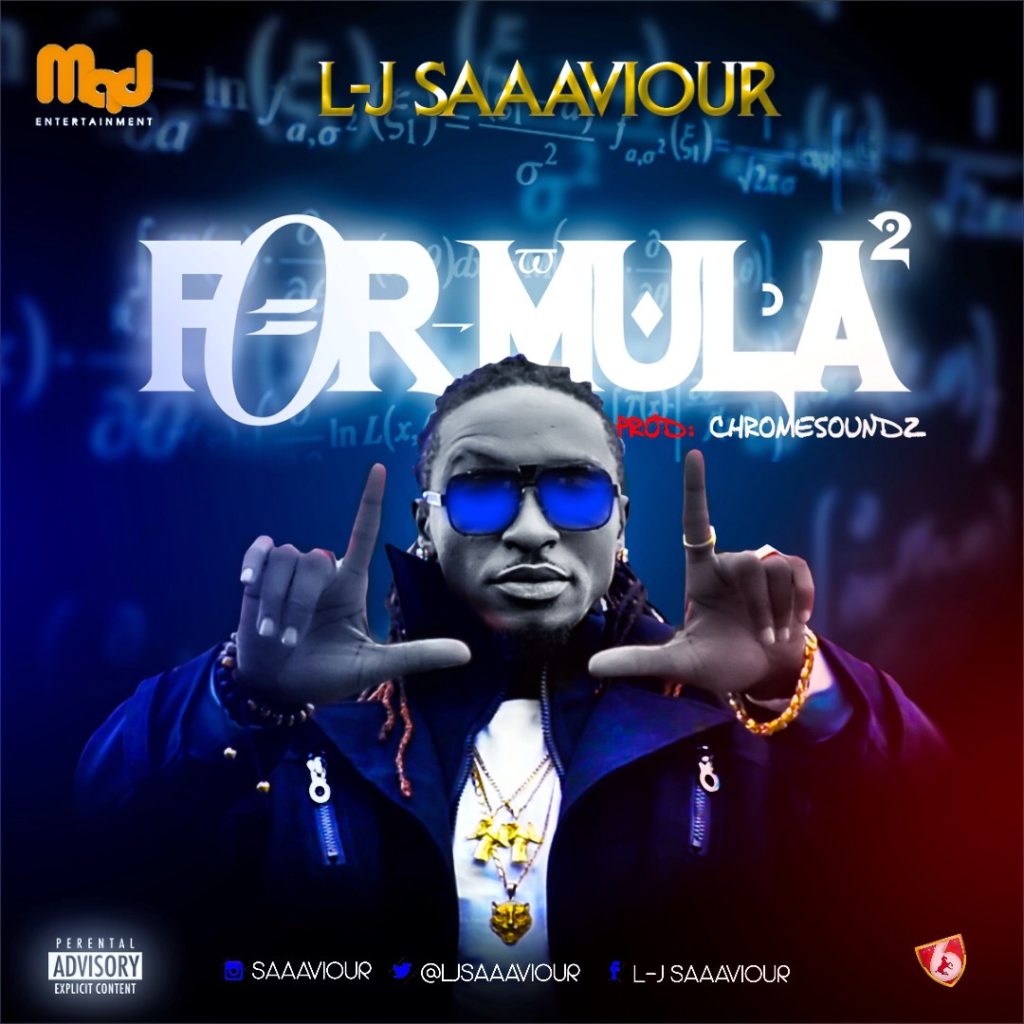 L-J Saaaviour” with an exceptional Single – “Formula” off his forthcoming EP scheduled to be released officially later on this year. The exhilarating, melodious dance track is laced with his signature trademark Rap style, which always gets the fans wanting and yearning for more. Well, your dreams have come true with FORMULA.

L-J Saaaviour a.k.a “Andinyangha Sometin” is a Lagos-based Nigerian International Rapper whose music career has been on the steady rise over the last few years, with a number of hit tracks recorded to his name, too numerous to list. He however teamed up with Nigerian international renowned Producer ChromeSoundz on the Beat and South African internationally known sound engineer Neil Thurston on the mix on this Formula for waiting on the anticipated EP.