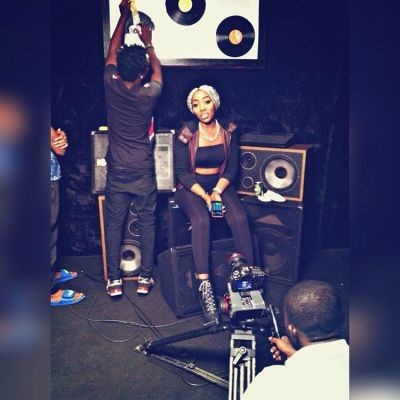 Chocolate City femcee Pryse reported shot a visual for the track titled “Ehen” over the weekend, so we decided to share it you guys.

Pryse who is arguably Nigeria’s hottest female rapper aided by producer Ckay delievers a fresh fiesty hip-hop banger. We are still sad that “Ricochet” from the #TICBN album did not get a music video nonetheless “Ehen” is a winner. “Ehen” is one of the tracks housed on Pryse extended play slated to by released in 2016, titled “Pryse Tag”.