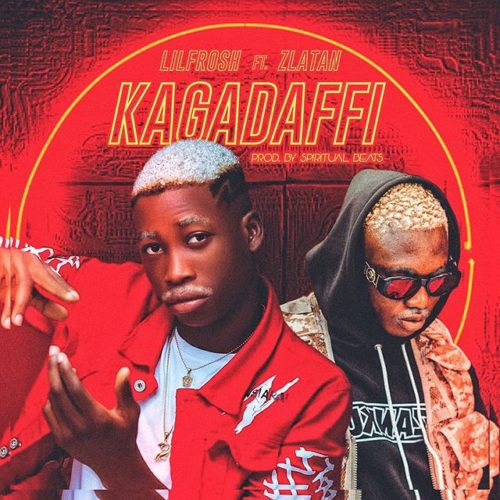 Lil Frosh on “Kagadaffi” features Zlatan Ibile. Fast-rising street rapper, Lil Frosh aka Eruku Makanaki teams up with the rave of the moment and Zanku pioneer, Zlatan for this new street jam.

Lil Frosh was discovered through social media with his banging freestyle. He became popular with his viral song “Firi Yahoo” which had Small Doctor on it. Still keeping it strong he links up with Zlatan Ibile for this new record produced by SpiritualBeats.

The rapper who has been tagged the next big thing in the rap game released  “Kagadaffi” which features “Zanku” master Zlatan is the next street anthem cos of its catchy lyrics and addictive words.  Lil Frosh is taking steps to be one of the biggest indigenous rappers making waves.

Sanni Goriola Wasiu immediately became an internet sensation after the release of his freestyle “Firi Yahoo” which features Small Doctor. This record came out the period when Yahoo boyz and ladies pants were trending heavily in the country. The freestyle has some catchy lyrics and street lines that made it received lots of attention. But this was barely a tip of the iceberg of what fans were going to get later on.

Afterwards the singer got signed to Davido’s imprint, Davido Music Worldwide. Davido had announced via his social media that he just added another Lil Frosh to the family. However, he is not directly signed to Davido’s DM,  he’s Signed to AMW (Aloma Music World Wide) which is under DMW. He is also expected to drop an EP under the label which is to feature Davido and other DMW and 30BG acts.