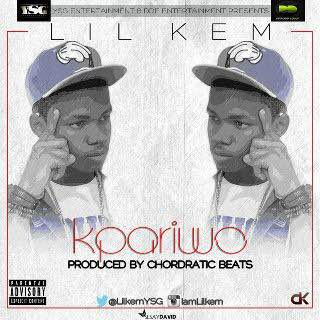 BANGER ALERT!!! Lil Kem is at it again. This is a crazy club banger from the 18-year-old artiste under Discovered Dreams Entertainment, also affiliated with YSG Entertainment.

He recently released his video for his single Juju shot in New York city late last year and this is a follow up banger from this young lad. This song is titled ‘Kpariwo’ meaning can’t shout.

This song is telling y’all that he and his team are the best in what they do and it’s also produced by the extraordinary Chordratic Beats who also produced his last single. I believe the djs really need this if they want to keep the party rocking as Kpariwo will keep you dancing.

There’s so much more to be expected from this lad.