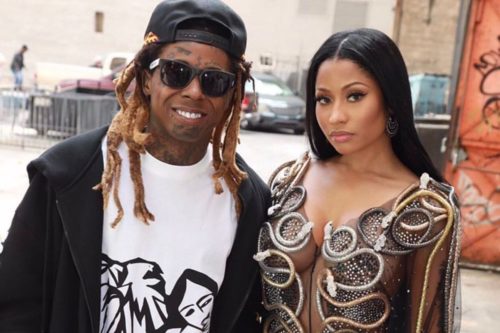 One of the most successful American rappers, Lil Wayne has gotten his fans excited after he revealed his favorite sex position to Nicki Minaj earlier today.

During his chat with the queen of rap, Nicki Minaj, Lil Wayne held nothing back after he got asked by her what his favorite sex position was. Lil Wayne without hesitation confidently said: On top, in any part of life, period. That’s not just in the bedroom, just always on top.

He had other reasons that he liked being on top, and it involved telling his partner to stop moving, stop humping back. Nicki Minaj was very interested in his response and mentioned how smart Lil Wayne was in answering the question.

Nicki, however, went further to educate Wayne on reasons why he should let his girl hump him but we guess he was not having any of it.