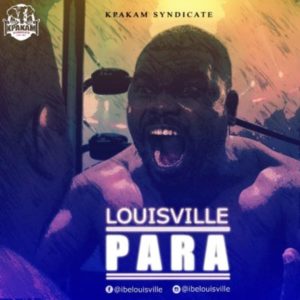 After the release of “Based on logistics” which had a massive air play online, radio stations and became the popular club banger .
The Warri anthem crooner just as he promised to fill our ears with nonstop good musics, Louisville is here with another hit music titled “PARA’’ which reflects on the day to day progress we make in life with endless efforts and lots of people who didn’t believe in our hustles initially, endlessly trying to drag us back to our starting point as a result of jealousy because we are what they wish to be.
Download, listen and share good music.