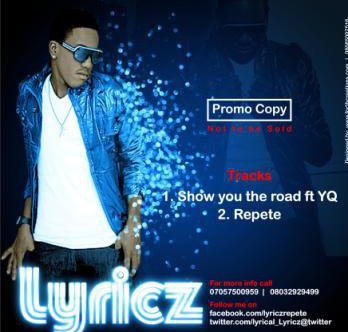 LYRICZ“ was given to him by the audience after his performance with the “STAR TREK” 2006 and that showed signs of  much more glory coming  his way.

After the successful release of his single LET U GO feat WIZKID n RUGGEDMAN  lyricz decided to drop 2 monster hits SHOW U D ROAD feat YQ and a hot slow wine song titled REKPETE, no doubt lyricz is becoming a name to watch out for..