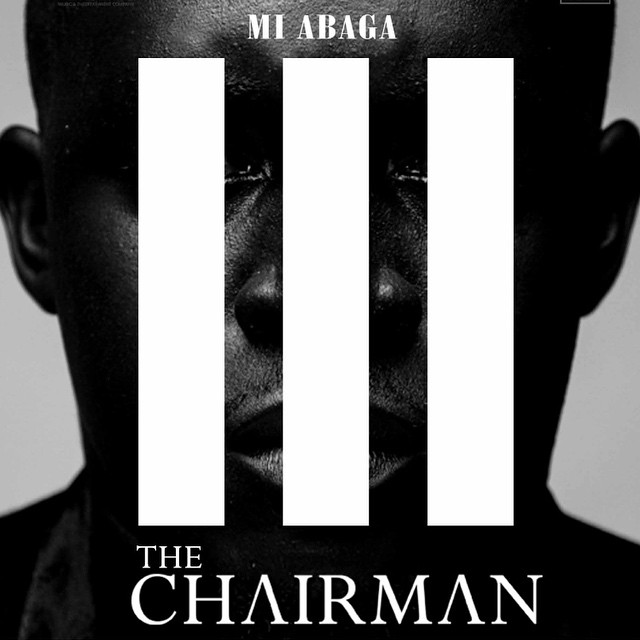 M.I Abaga has unveiled the Official Album Art along with the Track-list of his highly anticipated third album The Chairman, the album contains 17 songs with the first 8 and the last 8 being completely opposite to each other, the song in the middle stands on its own.

There are also features from some of the hottest acts this year from Wizkid, Seyi shay, Ice Prince, Olamide, Reminince, Pato Ranking, Runtown, Sarkodie, Tu Face, Nosa, Koker, Sound Sultan, Emmy Ace and a host of others. There is notably an international collaboration with Dance Hall superstar Bennie Man. That wait is finally over, The Chairman will be available worldwide tomorrow. 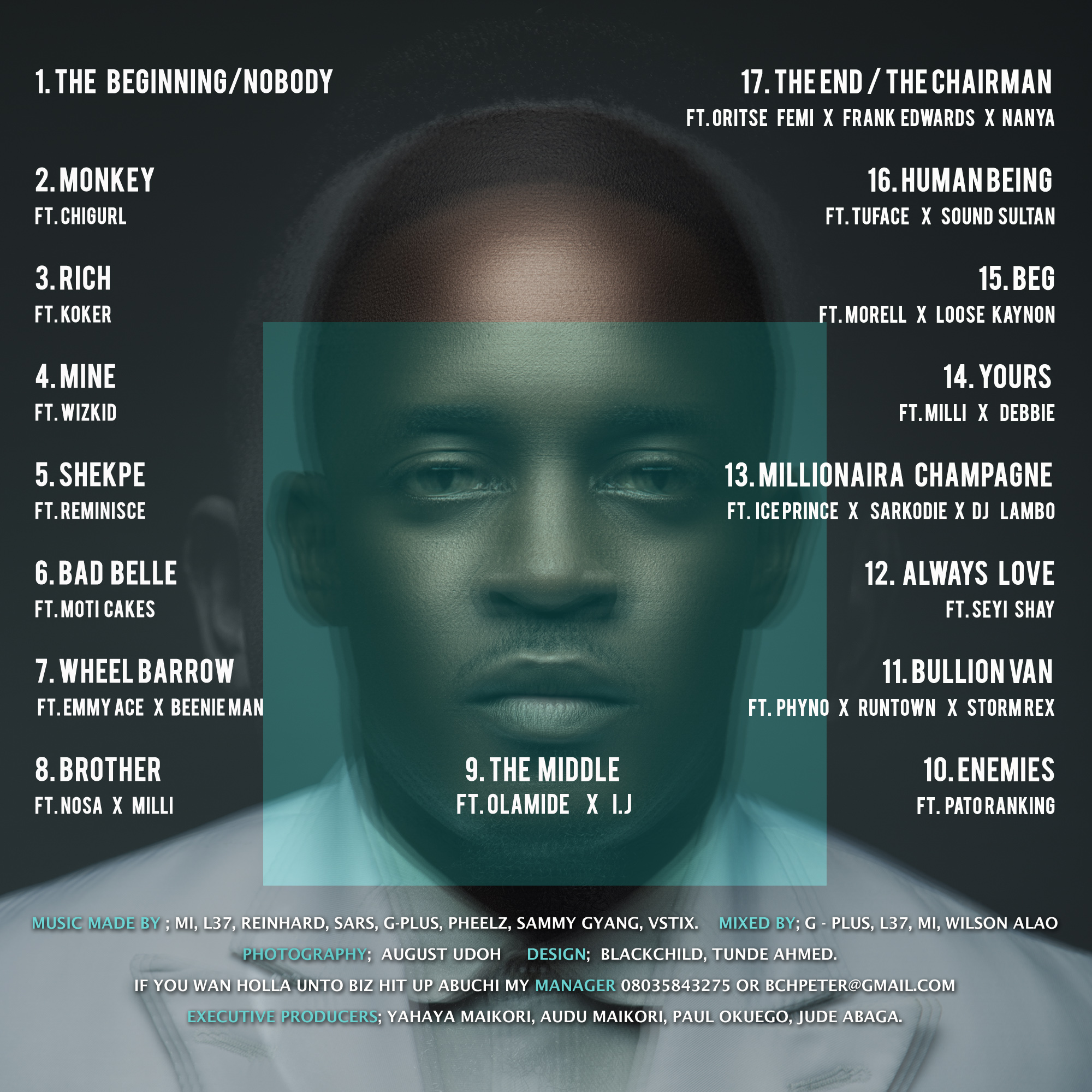