Nigerian born Mutiu Olamilekan Sulaimon popularly known as M-Lake , hails from Ogun state, but was born and raised in Lagos State. Known to be the first Son of the family with three younger sisters, his interest for music started after secondary school days around 2003.

It all started with a friend named Oludare john Adebiyi aka Dre-sing, with whom he formed a group named Just-2, recorded songs and performed at parties just to perfect their acts. During the struggle he acquired the knowledge of beat making so as to produce beats for the group.

The group was later discovered by M-lake’s Uncle (Otunba Kay C.E.O kip Entertainment), he groomed the group and later signed them on to the label.After some time the group split and members started their solo career. With hard work through out the years performing on stages with notable Nigerian Artistes, he has acquired himself a unique singing and production style (bothwayzproduktionz). He has videos shot over the years that did not enjoy a massive airplay. Currently M-lake is in the studio recording his Debut album and has got hot stuffs coming. 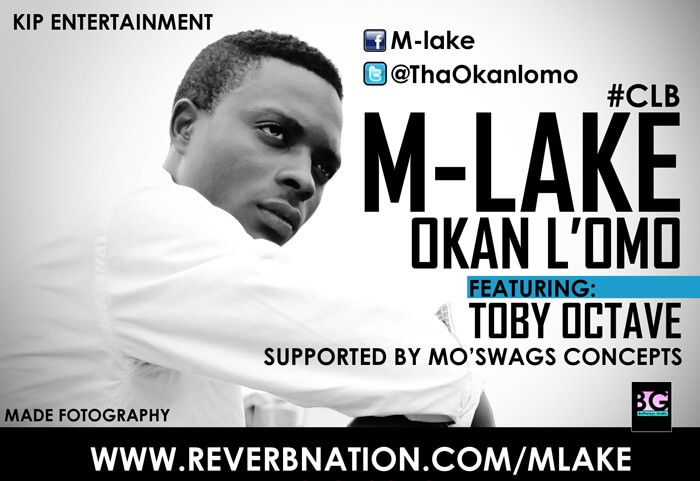 These are his new singles off the CertifiedLoverboy compilation. Titlted Okanlomo which features Toby Octave and Fuji Concoction. Listen up and enjoy.