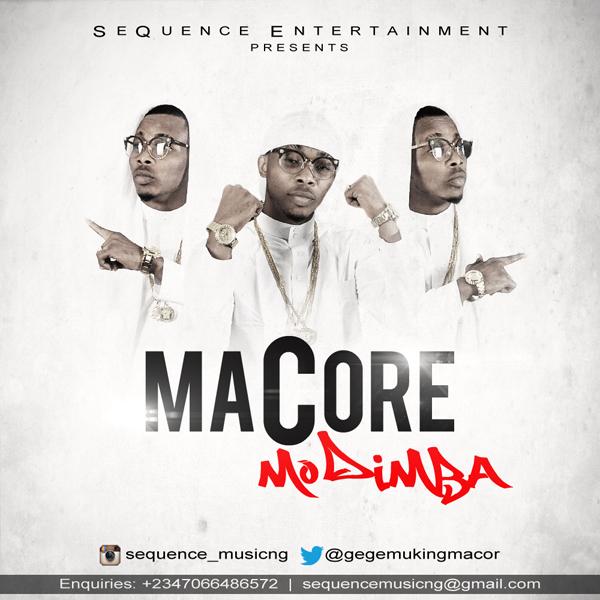 Sequence Entertainment signee Macore is back with a new single after featuring Jaywon on “The Rise”. The banging track titled “Modimba” is lifted off his his forth-coming album, “D King, D Throne and D Music”.

Macore (real name – Ayoola Adejumo)  kicked off his musical career 10 years ago in Festac, where he was famously known for his previous singles like “Oko Omoge” among others. He was credited by industry head and fans nationwide for his Jaywon assisted single “The Rise” before making a cameo appearance in the music video for Hennessy Artistry 2013 theme song by D’Banj. Since then Macore has been in the studio working with top producers and “Modimba” is one of the monster tracks that was birthed.