Yes, this one is actually in particular order. As the year draws to a very eventful close, we can’t help but ponder on some of the songs that hit us like a virus with no cure. This post is a top 10 list of viral songs from this year.

Tell us if you agree (or perhaps not) with our list and feel free to share your views.

Although we have no definite idea what the theme of the song is, but the display (dance) that comes with it makes us ponder if we really want to know.

The meaning of the term ‘Maradona’ went from a legendary soccer player, to a generic title for all playboys, thanks to Niniola who spelt that out for us on this song.

The most intriguing thing about this song is how a youngster from Ekiti State owned the heck outta a classic Igbo high life masterpiece. Teni recreated the popular sound, spicing it even more with an indigenous vocal flavor and some really sweet satirical lines.

This jam started trending on social media, then the rave spread to clubs and before long, both the old and the young started singing “pass the agbara.”

Who knows the streets better than Olamide? No one, no one (*singing in Alicia Keys’ voice*) Baddo dropped Wo! and it became the perfect street anthem for awon omo thicker body and awon goons to n jo bi daddy, to n jo bi mummy.

Small Doctor gave his fans a big treat with Penalty. From being just a street banger to becoming a mainstream hit that got people using the catch phrase ‘won ti gba penalty lo throw-in,’ in their everyday conversation.

4. Am Not Regular – Speed Darlington

When I take a step you hear Bang! I take another step you hear Dang! The irregular guy, Speed Darlington became a viral sensation very quickly through this single. The energy god’s catch phrases from this song quickly grew on us, and in no time too. 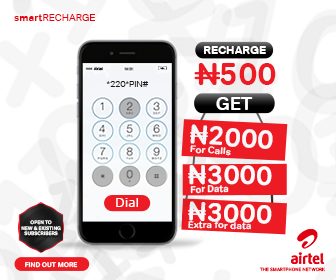 This song caused trouble o, no bi small. Such a viral phenomenon it was, that the Ghanaians started to feel spited because a Nigerian superstar was getting all the praises from a song sampled off their own popular Banku sound.

This was the song that pretty much revolutionized the now all-too popular pon pon sound. ‘IF’ is laced with some of the catchiest phrases and lyrical punchlines. Just wait for that ‘30 billion for the account’ part.