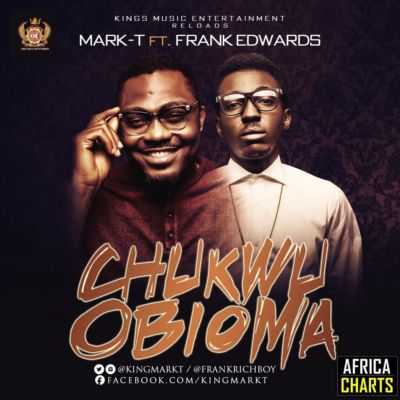 For the first time, gospel music topped the chart of most downloaded and played song in Africa. This time, it is the very hot single, “Chukwu Obioma“ as recorded by popular gospel act, Mark-T, featuring rave musician, Frank Edwards.

In the song that had Mark-T bringing an addition to worship playlist, it gives reason to lift up Holy hands in worship and thanksgiving to God. This is off his latest signing to Kings Music Entertainment, a platform where he will be having his album launched, alongside tour, soonest.

Mark-T is a gifted and versatile gospel musician, writer and performer, who is known for making songs that cause peeps get their groove on for the Lord, no wonder it didn’t take time for his fans to get along with him having seen a feature with renowned music act, Frank Edwards.

Following the hit of Chukwu Obioma, it’s been highly accepted on the social media as activities by his fans who in show of love and solidarity took to a hash tag movement of #ChukwuObioma for a boost to the trend of the wave-making single.