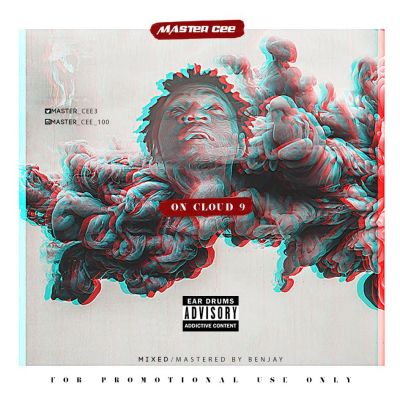 Emmanuel Ugwu popularly known as “Master Cee” was born in december 14 1992,a young star who hails from benue state & was raised in a family of seven where he happened to be the 5th child.
Passionate about music since he was 10,he starting working on his craft in composing and writing lyrics. The young poet  “Master Cee” got his name as a reflection of him been able to See things Beyond his normal self.
After gaining respect and recognition from his hood in maryland, were he recorded his first single titled (Move Your Body) way back 2007 Master Cee is here to dish out a new ”banger” titled ”On Cloud 9” which is a dope jam mixed /mastered by one of Nigeria’s finest sound engineers El Benjay
Master Cee is one act to watch out for in the years to come as dope lines and matured lyrics are never missing in his music.