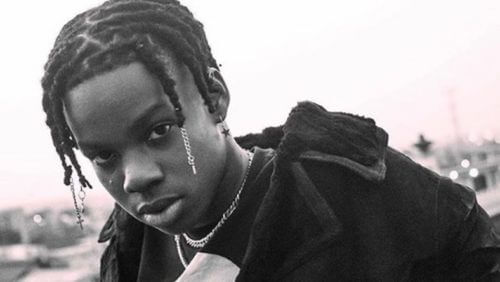 Mavin’s newly signed act and rave of the moment; Rema has admonished every music producer out there not to see any beat that isn’t appreciated by music artistes as a wasted effort.

He revealed through his social media pages that if a producer’s beat happens to be under appreciated by a particular artiste, there shouldn’t be a feeling of disappointment because that same beat in the future could be the real deal. He further revealed the instrumental to his hit single; “Dumebi” was a beat that was rejected by some other artistes until he took it up, voiced on it and it became a hit song.

He wrote; “Dear producers, no beat is a waste, your sound might not be appreciated now but you might be creating the future, afterall Dumebi instrumental was a rejected beat.” 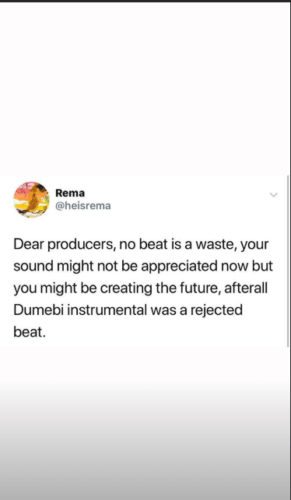 Rema is Mavin’s newest artiste and since his signing was announced, he’s been a sensation. His 4-track E.P; “Rema” is doing really well and he is very well loved by music fans.

“Mavin’s New Act; Rema Reveals “Dumebi” Instrumental Was A Rejected Beat”, 5 out of 5 based on 1 ratings.