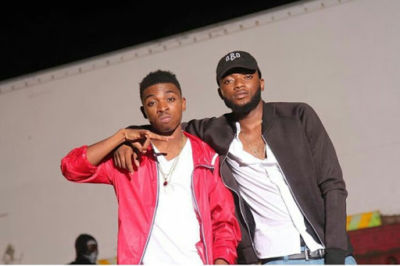 DMW artistes, Mayorkun and Dremo, are set to embark on their first UK tour.

According to a tweet by their label, both artistes will be touring seven cities in the country for a duration of three weeks.

@IamMayorKun & @Dremoapg are embarking on their first tour to the U.K., 7 cities, 3 weeks. Who’s excited? pic.twitter.com/uOKgNMjSuR

Mayorkun, who was signed alongside Dremo in April by DMW, record label owned by music star Davido, released his first single ‘Eleko‘ in same month, which went on to receive rave reviews and acceptance. In June, Dremo, dropped his highly anticipated single, ‘Ojere‘, which has also gone on to top charts and hearts.

Tope Delano, is a creative content writer/editor at tooxclusive.com. She is a graduate of English and Literary studies who enjoys writing and listening to music. When she is not writing or listening to music, you will definitely find her reading or watching a romantic comedy movie
Submit your comment
8 total comments on this postSubmit yours
Popular Posts