Mayorkun Is By Far The Most Effective Afro-pop Artiste Around… “True” f. Kizz Daniel Review 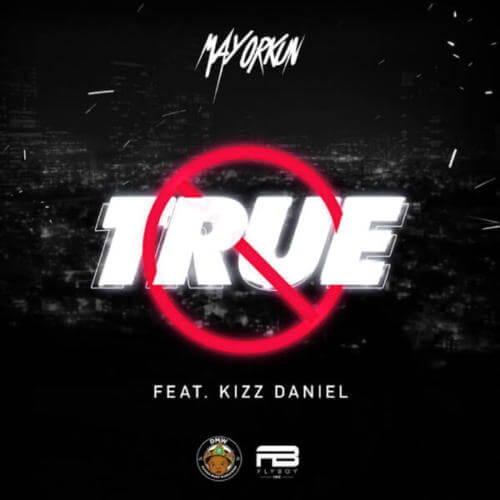 I think Mayorkun is quite underrated when it comes to appreciating the gift of vocals. You see, proper singing should make you tick. It should stop you in your tracks. It should take over your ears, and pause your breathing (for a very select few).

Mayorkun may not be your pick for the best Afro-pop singing sensation of our new-age era (however I do think he is because of a variety of musical factors) but we can at least agree that he is by far the most effective Afro-pop artiste. He has mastered the art of titrating his musical tones on a fine template of sounds. Although he is not exactly doing anything new or excessively ingenious, rather the deliberacy in his efforts to get you fall in love with him and his flawless craft all over again with each new sound released, is all the trick that there is to it.

I also think as a listening audience, we have only just past scratching the surface of the abounding talent that runs deep into the blood stream of the Boy Kizz. Kizz Daniel has the ready-to-blow blueprint every success aspiring and deserving artiste should desperately lay hands on. A lot of our music idols attain stardom and the potency of their musical brilliance wanes. But not Kizz Daniel. For him, it is a reinventing process. He goes back and does it all over again. Hence the emblem of a spotless career relayed in words to be “no bad songs” because true-ly, we’re yet to happen on one.

For Mayorkun to make a substantial comeback – not like he went anywhere really – but after taking quality time-out to promote and tour a highly impressive and hugely successful debut album, this singular feat is worth every show of accolade. I mean the industry has instances of artistes (I won’t call names – Tekno!) who misappropriated the value of substance for hype because they became a little too carried away with the ovation. And this isn’t even Mayor’s loudest yet! However, this timely release is all the reassurance we need from the music Titan, that he is both hype and substance combined, and that he is not here to faff around.

I believe it takes more than the talent of voice and the skill of lyrical writing to be the stars that Mayorkun and Kizz Daniel are today. “True” is such a jam, accelerating to the status of most sought after record, and this is because its musical design comes in the caliber of collaborations like Phyno and Olamide’s Ghost Mode where star-power matched star-power, skill met skill and talent shone talent in all of its individualistic essence. As long as we have Mayorkun and Kizz Daniel playing the role of rugrats in the scheme of things, I say the future of the industry is secure and we’re in for a hell of a music treat!

Connect with him via @jimancipation

Nifemi is a graduate of the University of Lagos. He's a unique user of the pen when it comes to the expression of whatever. He is editor-in-chief of the organization and also a writer of news, articles, editorials and a lot more to help expand the level of knowledge of the readers and simultaneously have them entertained. A lover of music and football is who he is and a Man Utd die-hard.
Submit your comment
7 total pingbacks on this post
Click here