Mayorkun Reacts To Report About Violence & Sex At His Ibadan Concert 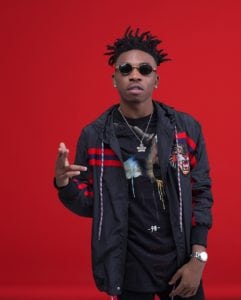 TX news reported that Mayorkun‘s Ibadan concert was marred with cases of violence and reckless sex. The story has forced the singer to made a reaction on Twitter.

Mayorkun held a concert in Ibadan over the weekend. The concert gathered a mass of Ibadan music loving residents at the Palms City Mall to enjoy the performances of artistes like Davido, Dremo and Terri of Starboy.

Upon the conclusion of the event, an online news outlet reported that the concert was flawed with violent incidents, one of which caused a journalist to be hospitalized. It was also reported that sexual activities took place while the show was going.

iWas ready to perform 2-3 hours before iPerformed, but iPromised maximum security so as soon as iGot news on how packed the mall was, had to get more security.

The entrance planned for me to use was already jam-packed, Had to go beg the mall to open the back gate for limited cars to come in.

And as regards condoms everywhere, apparently there was a sex awareness program going on in the mall.