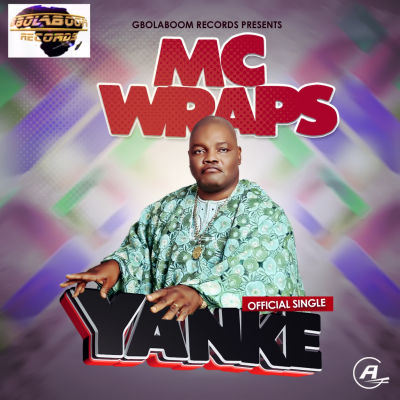 Prince Gbolahon Olayemi popularly known as MC Wraps officially releases his much talked about single titled “Yanke”. Also known as Mr Packaging, MC Wraps is the founder and CEO of Gbolaboom Records. With a style of music that cuts across the young and old, MC Wraps is set to unleash a unique trend of inspirational entertainment to the Nigerian and African audience.