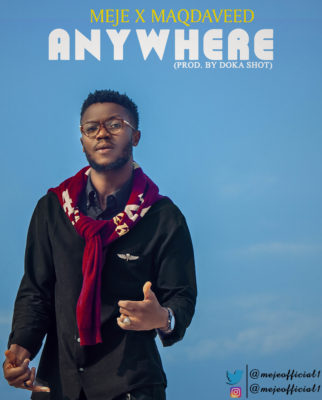 Port Harcourt Super skilled singer – Meje makes his 2017 debut by employing the expert services of Maqdaveed in the track titled ANYWHERE, With this Doka shot produced track Meje shows how much work he’s put in adding a spice to his delivery.
No doubt this young chap gets better after each new release.