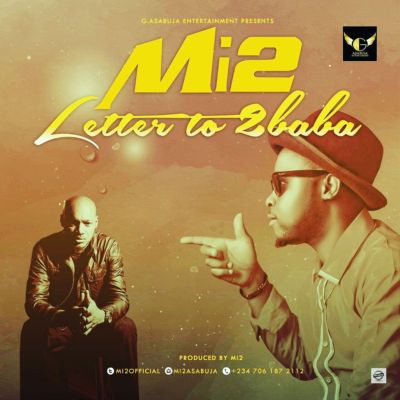 After releasing d video of his latest single titled IYAWO MI, which is getting enormous air play and downloads across the globe, Mi2 is here again with a thrilling and mind blowing Song titled LETTER TO 2BABA.

Born out of his profound love and great respect for a living legend and an icon in the Nigerian music scene, Mi2 uses this Song to express his love, respect, gratitude and recognition to Mr Innocent Idibia(2Baba). Indeed Music is food to the Soul.