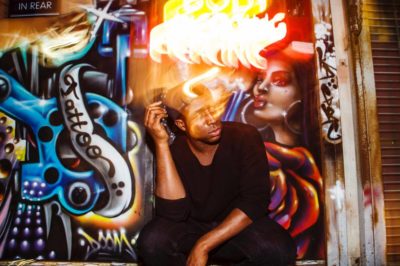 On May 19th, international singing sensation Michael O. released two new singles, ‘On My Own’ and ‘Your Way.’ His management said that this summer, he is scheduled to do performances of his new singles in Texas, California, Maine and New York, but his big release celebration party to be in Lagos Nigeria in August/September.
Both tracks, ‘On My Own’ and ‘Your Way’, are co-produced by Michael O. and Paul Demsa . ‘Your Way’ is essentially an Afrobeats dance number while ‘On My Own’ is a potential international pop anthem. Michael O.’s many fans are thrilled to welcome his two new singles as he is becoming a superstar on the music scene.
His experiences and exposures are reflected in his music, and his fanbase are appropriating and grooving to his new vibe. As Michael O. recently said, “We can no longer make western countries the focal point and major source of popular music globally. The continent of Africa has proven itself and I am excited that the whole world is finally giving respect to the continent for its music.” Michael O. is on his way of becoming a key ambassador for this movement and he is looking to conquer the globe.
Michael O. continues to show the exciting diversity of his talents, and we are excited to see what he will release next. Enjoy!
Twitter/Facebook/Instagram – @michaelomusic