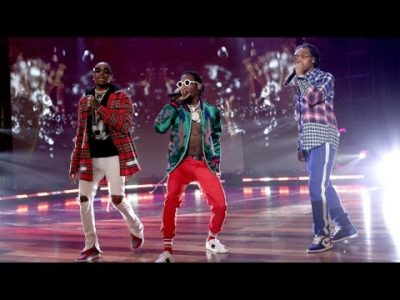 Migos started  their “Aubrey and Three Amigos” tour on the 12th of August, 2018, and since the commencement of the tour; there have been little hiccups here and there.

Different cities have been visited for the shows which were great. But on the 17th of November, 2018, which happened to be the final stop for the tour, things did not really end well the way Migos would have wanted. The last leg of the tour was in their city of Atlanta at the Philips Arena.

While performing, the Migos were cut short of their performance after the microphones suddenly stopped working. During this moment, the fans and the artistes were in total disbelief. The fans exercised their fury as they made series of noise and the Migos feeling embarassed walked away from the stage.

Although some believe it was a real intent from the technical team to cut short their performance as Drake was next in line to perform while others believe it was just strictly a technical error.

Words have not come out from either Drake or Migos concerning the event. We will keep you posted once there is further news.

Watch video of the embarrassing moment below:

They cut the #migos mic mid performance in Atlanta on the Aubrey n migos tour. Ppl were hella mad