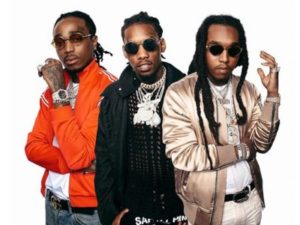 Could Migos have made a unanimous decision to add a fourth person to the group in Tiffany Hadish?

Although she hasn’t officially been named as the latest addition to the team, Takeoff and Quavo seem to enjoy what she brings to the table.

The two had big smiles on their faces as Tiffany went on in the green room.

Could she be a suprise feature on Migo’s next album and do you think it will be a good move if Migos become a 4-man team?

Drop your comments below.