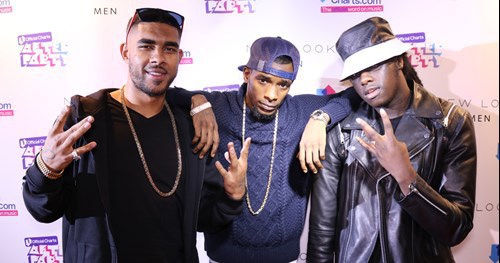 Set to take place on the 20th December 2016 at the Federal Palace Hotel, the show promises to be a remarkable one for music lovers as these celebrated International acts will be joined by a host of Nigeria’s most iconic artists like 2Baba, Davido, Phyno, IcePrince. Falz, Lil Kesh, Adekunle Gold, Chidinma, Patoranking, Burna Boy, Seyi Shay, Praiz, Wande Coal, Ycee, Skales, and Simi

Migos is an American hip-hop group that is composed of three family members known by their stage names:  Quavo, Takeoff, and Offset. Their breakthrough single ‘Versace’ in 2013, from the mixtape Y.R.N (Young Rich Niggas), caught the attention of Drake who went on to remix it. The group released their debut studio album Yung Rich Nation in 2015.

WSTRN is a West London based group made up of Akelle Charles, Haile and Louis Rei. Their debut single ‘In2’ was released in October, 2015 and it peaked at number 4 on the UK Single List .

Krept and Konan are two South London rappers. Their real names are Casyo Johnson (Krept) and Karl Wilson (Konan). Their first major release was the mixtape Young Kingz, which was released in September, 2013.The pair are known for making an impact on the UK underground scene with their music, punch lines and metaphors.

The concert will be a memorable way to commence the Christmas celebration as these top artistes are set to delight music fans.