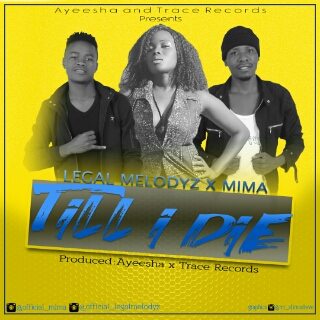 Versatile songstress, known simply as MIMA delivers once again on this fresh song “TILL I DIE” in which she got support from the sensational Ugandan duo “LEGAL MELODYZ”.
The Ondo State born ‘Ilaje Princess’ expresses her soulful heart in this well written love song produced by Bolaji ‘BOLJIBEAT’ who also produced 2Baba’s “HOLY HOLY” amongst other hit songs.
MIMA who was born JEMIMAH BUSOLA ODOLO started out in the church choir at age 12 and in 2008 she teamed up with the legendary 2BABA as a member of his in house ‘HYPERTEK BAND’ where she further developed her skills. Her first studio work was released in 2015 and since then she has not looked back.

808 Records releases the official video for Dotman's latest single "Till I Die", Directed by MexFilms. The talented singer comes...