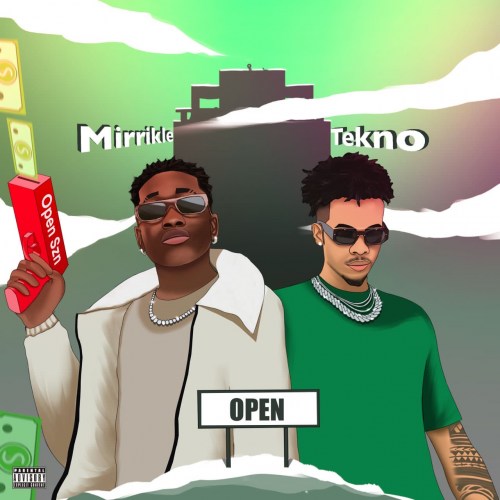 Mirrikle who is still fresh on the music scene only made his industry debut a year ago. Within this period, he’s managed an incredible year run with credits to include a delivery of consecutive music hits, stunning visuals, a collaboration with the legendary Femi Kuti, a debut EP and a developing fan base.

At the peak of these accomplishments is his recently released debut EP, Once a Good Boy which highlighted the sides to his artisanship in writing, singing and performing music of different themes and genres. From pop sounds to Afro vibes, Mirrikle’s talent shone forth thereby placing him in the radar of promising artists to watch out for and setting the bar of expectation high for his subsequent releases.

The brand new single “Open” is arriving just in time to confirm this belief. Produced by Emjaybeatz, it is a collaborative effort that taps on the self-acclaimed king of pop, Tekno who complements the song’s high life embellishments with his uber-suave vocals whereas Mirrikle’s spice is in his titillating lyrics, stylish flows and melodic delivery.

The Wahala crooner will be unveiling more treats for his “lolos” before the year closes out officially. Already, he has teased some BTS images from the video shoot with Tekno on his social media and even hinted at the release of a deluxe version for his debut EP. Stay tuned!