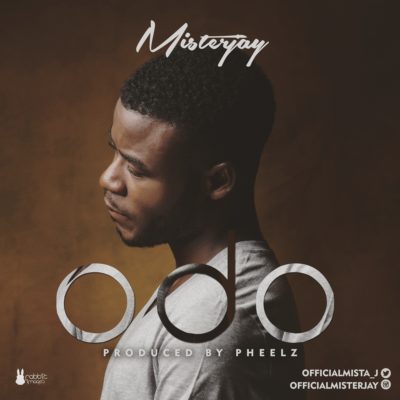 ODO is Misterjay’s first single after his critically acclaimed ‘Catch Cold’ with Shaydee.

Pheelz production prowess doubles up Misterjay’s enthralling vocals and ultimately takes its listeners on another plain of musical bliss. On what he has planned for this year, he shared “I promise to give out loads of music out for my fans”.

Born Olajide Sunday Ogundele, is a Nigerian Singer/Songwriter and performer popularly known as Misterjay. He was born and raised in Papa-Ajao, Mushin, and Lagos. He had his secondary school education at Lagos State Model College, Kankon, Badagry. It was here he developed interest in singing and dancing, he went on to become the social prefect of the 2006 set.

He traveled to Lugansk, Ukraine in 2007 to further his education, before relocating to the UK a year later where he went to college and graduated with a degree in Architecture from the University of Huddersfield in 2014.

He returned to Nigeria in early 2015, to pursue his ambitions and released his first single ‘Catch Cold‘ featuring Shaydee.