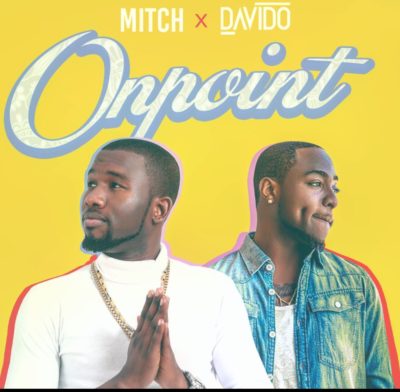 When you’ve got a hit maker/chart topper like Davido, you already know it’s a Banger. Fast rising singer/producer Mitch recruits the murdering services of Davido on this new single titled “ON POINT” produced by veteran producer ‘Jay Pizzle’ & mix/mastered by Mitch himself with guitar by Fiokee. On Point isn’t just a song to give room to roll off your ears.

Mitch who surfaced under the MK Musik imprint marked his entry into the industry as a Producer, after a which he found a mainstay as an artiste, working with quite a number of celebrity artistes before moving out to the states to create more good music.

I Trust you are going to have “On Point” on repeat all day. Anticipate the video as it is dropping soon & hitting all satellite channels worldwide with local and international plays.