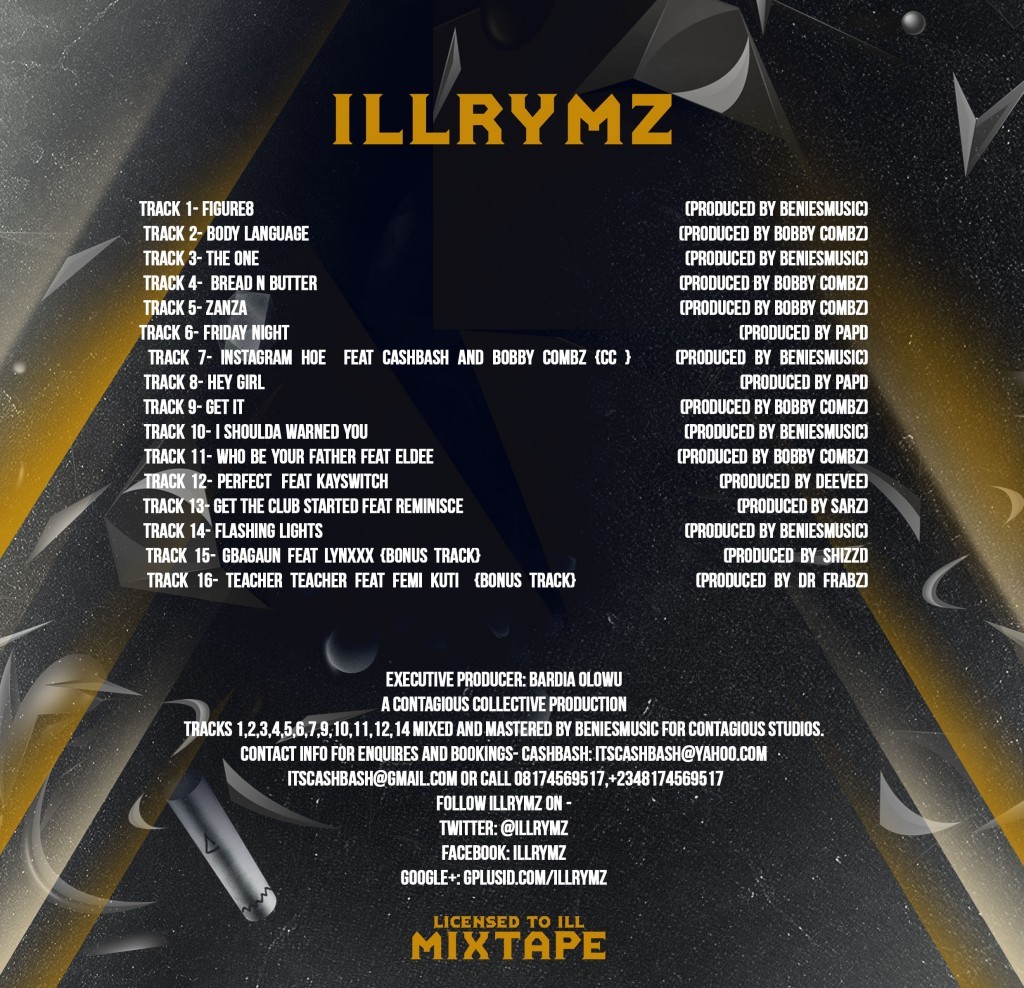 Licensed2ill is a mixtape with 17 tracks for every age group and social class and with amazing collaborations from some of the biggest names in the Nigerian music industry. It features the legend himself Femi Kuti, Lynxxx,reminisce, Eldee and Db records Kayswitch.

This mixtape is a warm-up to his album coming out at the beginning of 2014. Three of the singles on this mixtape have been released; Zanza, Illie’s alterego; Let’s Get the Club Started, a club song featuring Reminisce and; Body Language a song which he said was for the ladies.