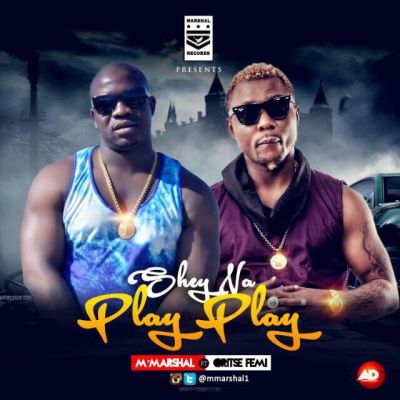 M’Marshal starts 2016 with this fresh tune titled “Shey na play play” which features Oritse Femi and produced by J-Stunt.
M’Marshal, the son of fuji king Wasiu Ayinde Marshall who released couple of singles in 2015 “loke” and “my way” is starting early in other to make an early impact as well as gain more grounds. “Shey na play play” is a track on M’marshal’s first album  “corner stone” scheduled to drop in the first quarter of this year.