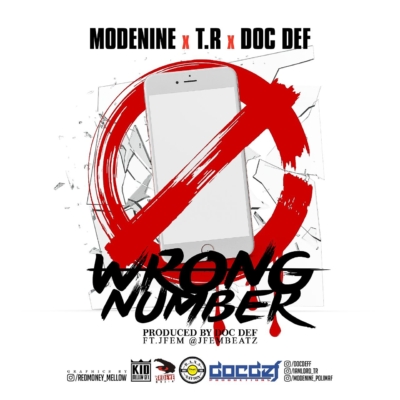 Nigerian rap legends Modenine and T.R (Terry Tha Rapman) have finally granted the wishes of rap fans in Nigeria after so many years, by releasing a collaborative project.

In conjunction with versatile producer Doc Def they are set to release an EP by the name ‘Crown’.
The EP will be an early Christmas gift for music lovers as it is scheduled for a November release.
The first single from the project has been released and it is titled ‘Wrong Number’.
Popular producer JFem (who produced Davido‘s ‘Owo Ni Koko’) adds his vocals to the Grime beat laced by Doc Def as the two respected lyricists do their thing on the song.