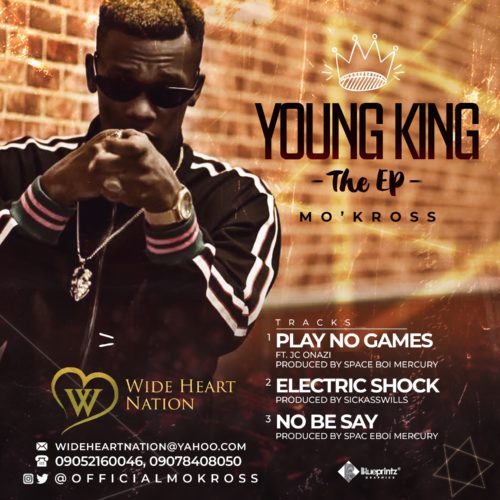 Iyoha Omohegbele Eromosele (aka Mo’Kross) has defined his style of music to be HipHop – Afrocentric. Mo’Kross has decided to carve his style out of the norm after releasing his first official single VICES produced by Nasti American based producer.

Mo’kross is ready to take over the industry with his uniqueness as he releases his first official EP “YOUNG KING” with three musical track. Mo’Kross showcases his lyrical ability and has delivered as expected on his brand new EP.