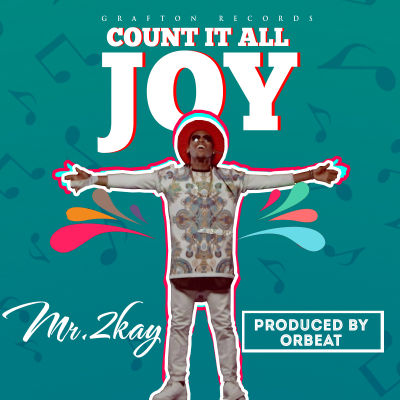 After several weeks of anticipation, fans of Mr 2Kay can now enjoy his new song titled, “Count It All Joy“. The song is coming after a successful outing with his last song – “Moniegram” featuring Timaya.
“Count It All Joy” is an inspirational. motivational and positive song that talks about Mr 2Kay’s journey in the entertainment industry; from when he was being underrated, to the point of his eventual recognition. It is also the lead single off his forthcoming EP (with same title) which will officially be released on his birthday, February 11, 2016.
You can listen to a snippet of the “COUNT IT ALL JOY”