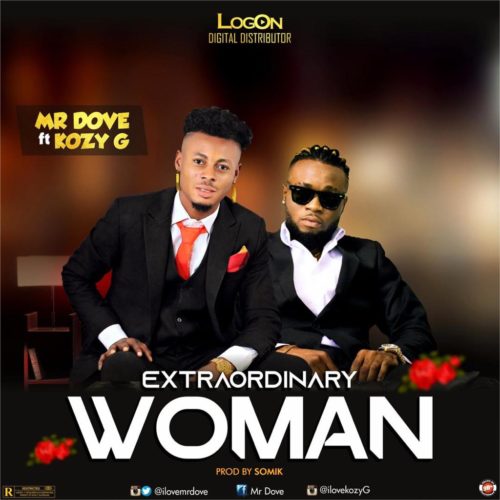 Dike Chinonso Anthony popularly known as Mr Dove is a native of Imo State.  The FAKE LIFE crooner drops another Afro highlife EXTRAORDINARY WOMAN, in less than a month his song titled TOO MANY POLICE became a household song in Lagos city.

The song produced by Legendary Somik and feature logon record Label artist kozy G is what you can’t stop listening to.