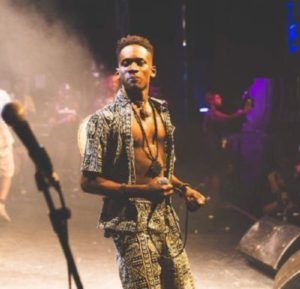 Mr. Eazi has become infamous for his controversial statements and his odd fashion taste. The singer recently did more to rile up Nigerians by stepping out wearing two different shoes on each foot. This has caused a congregation of social media users to attack the singer. A certain @hareekjane commented on the picture saying “Mr Eazi is a goat.” 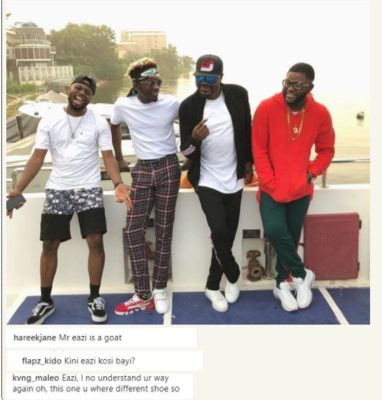