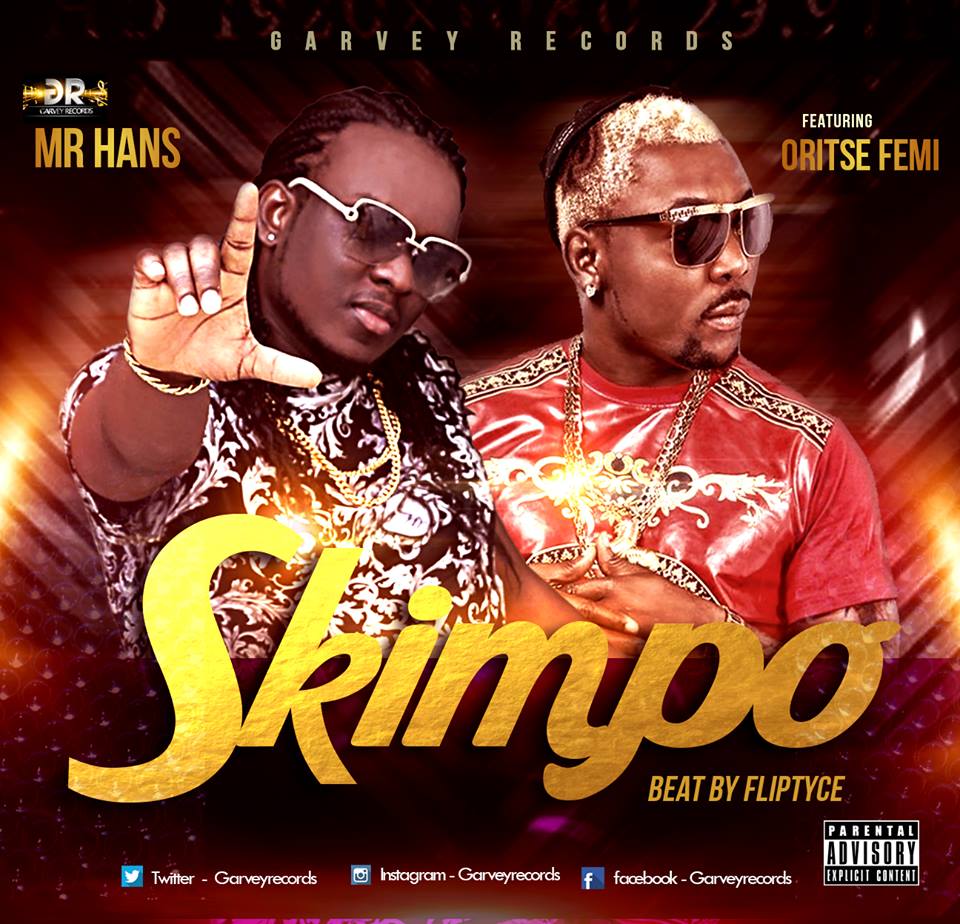 Not too long after the release of his double single and Mako take up the street which is getting massive air play across Nigeria; Mr Hans popularly known as Hans has returned to supply his dedicated fans with a new single featuring the musical Taliban Oritsefemi.

Garvey Records team up with MSN gang to bring up a street anthem “Skimpo” produced by Fliptyce and visuals directed by Unlimited LA will be premiered soon. For now enjoy this fresh club banger!