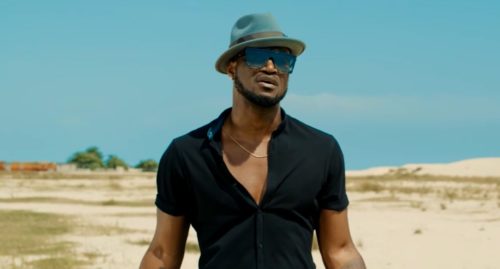 Mr P seems to have a huge point to prove to music followers about his underrated singing ability as he has for some weeks now been making his Instagram followers salivate by uploading videos of himself freestyling amazingly to some R&B instrumentals.

The former P-square co-member has been viewed by many to be the lesser of the music group in terms of what they offered musically.

However, with the recent videos Mr P has been putting up on his Instagram page, some music fans may have now thought again about what they have conceived.

In the video, Mr P shows his vocal dexterity and his expertise at making R&B records.

Nifemi is a graduate of the University of Lagos. He's a unique user of the pen when it comes to the expression of whatever. He is editor-in-chief of the organization and also a writer of news, articles, editorials and a lot more to help expand the level of knowledge of the readers and simultaneously have them entertained. A lover of music and football is who he is and a Man Utd die-hard.
Submit your comment
8 total pingbacks on this post
VIDEO OF THE WEEK