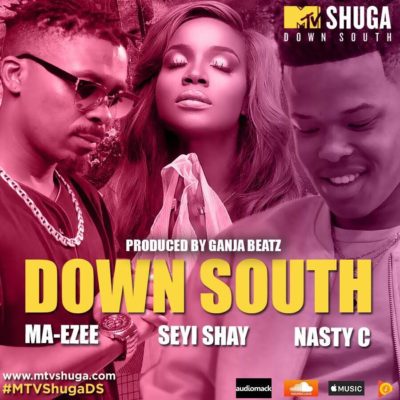 With an endorsement deal from mobile phone brand Gionee and a new hit single ‘’Yolo Yolo”, it’s safe to say that Seyi Shay is set to take over the African music scene.

She recently teamed up with South African rappers, Nasty C and Ma-Ezee to create the official soundtrack for Season 5 of MTV’s award-winning drama, ‘’Shuga’’ titled “Down South”. The tune has a modern afrocentric hip hop vibe and with the singers golden vocal chords, it’s sure to be a favorite with anyone who hears it.

Fans should also get ready to be thrilled as Seyi Shay will also showcase her acting skills in a few episodes of the new season.

‘’Shuga’’ focuses on the awareness of some widespread social issues in Africa like rape, gender-based violence and the stigmatization of people living with HIV. The singer is excited to be a part of this amazing project and is always ready to lend her voice for a worthy cause.