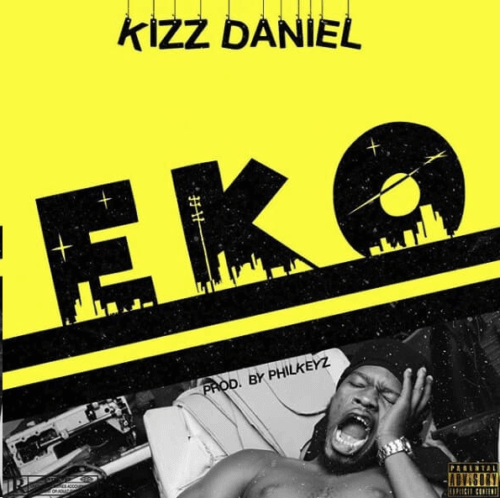 Fresh off the violent success of his ‘No Bad Songz’ London concert and singles ‘Fvck You’, ‘Madu’ and ‘Poko’; contemporary Afro-pop pioneer and multiple award-winning music star, Kizz Daniel premieres his second official music instalment for the year 2019.

The new anthem christened “Eko”, is a mellow-tuned vibe dug deep from the Flyboy’s musical sanctum that expresses adoration for Lagos being the city of opportunities. “Eko” arrives amidst the yet trending buzz of a brand new link-up with DMW popstar, Mayorkun titled ‘True’.

“If you no fit wise for Lagos, you no fit for anywhere”; Daniel chants as he eulogizes the megacity of dreams, in a provocative manner fated to ultimately inspire and motivate. “Eko” proves that Kizz Daniel is truly Africa’s finest artiste.

“Eko” was produced by Philkeyz and is available on all music stores and platforms. Get bopping to the new Vado and anticipate the inspiring visuals already being tidied up for release soon. Kizz Daniel is currently touring, as he is set on headline “NBS” Abuja concert and kick off the U.S.A leg of the said tour.