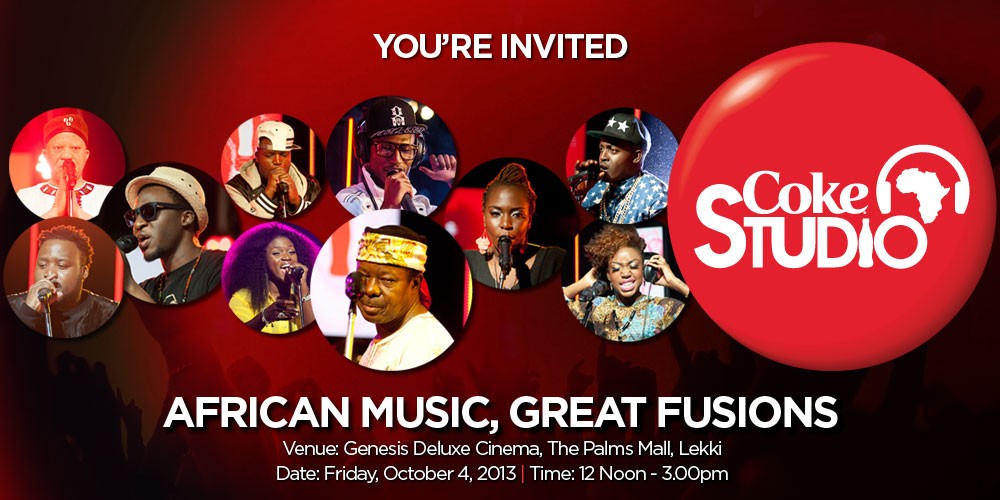 Some of Africa’s foremost music giants are set to star in a brand new innovative show, ‘Coke Studio Africa.’

A Coca-Cola initiative, ‘Coke Studio Africa’ brings together some of Africa’s most exciting and respected acts together in a studio setting to create cutting-edge music fusions. These artists get to remake some of their most popular hits through unconventional, new sounds.

Season 1 of the show features some of Africa’s music legends including King Sunny Ade, Salif Keita, and renowned acts like MI, Bez, Waje Hip Hop Pantsula, and many more.

The first episode of ‘Coke Studio Africa’ premieres on Friday, October 4th at Genesis Deluxe Cinemas and will run for several weeks up until the New Year.