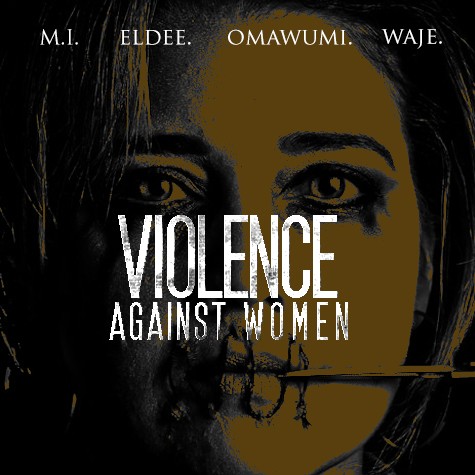 “In Nigeria, majority of cases that deal with violence Against Women are unreported so official statistics are unavailable but some figures state that as high as 1 in every 5 women is in an abusive relationship.

The VAW music project is an hbs intervention implemented by DLI Tuesday Nig. Ltd. The project was launched to build women’s self confidence, discourage men from gender based violence, and to make society take notice and speak up instead of look away.

This necessitated recording a music album featuring some of Nigeria’s biggest musicians with a violence-against-women theme.

The four artists Omawumi, M.I, Waje, ElDee volunteered their services to such a worthy cause and attended a workshop with hbs, survivors of violence, lawyers who deal with gender based violence and NGO’s that help survivors. This helped the artist understand the legal and emotional issues involved to enable them connect with the theme of the album.

The tone of the album is not pleading, but rather an empowering message for women, helping them to realize that they have a right to demand love, value and respect from the partners in both marital and non marital situations.

The music album is strictly not for profit and we encourage you to freely listen, download, and distribute the songs to raise awareness on such a serious issue and take a stand against Violence Against Women.

HBS would like to thank the artists, their management team, and the crew at DLI Tuesday for their time, effort and their willingness to volunteer their voices for such a worthy cause.”

This is a positive movement by these four great Nigerian Music acts – M.I, eLDee, Omawumi, Waje – coming together to produce great music for a great cause. Listen and tell me what you think!