MUST READ: How Wizkid Used ‘Tweets’ To Boost Album Sales For #SFTOS 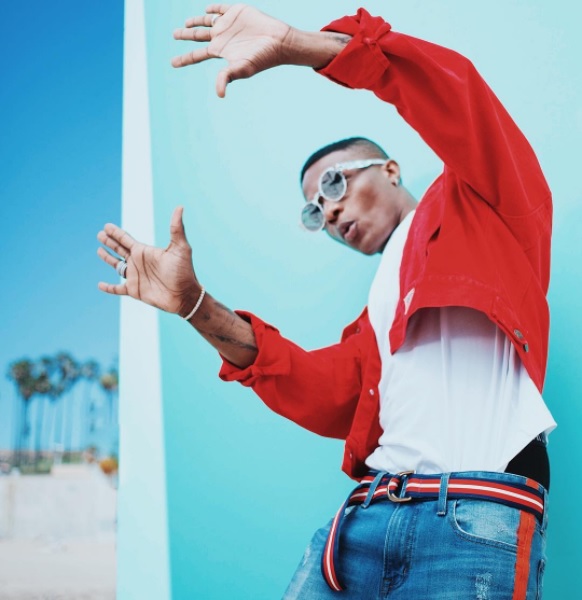 From raunchy tweets to shades, from shades to inspirational posts; Wizkid has kept the posts coming on his various social media platforms. It seems like he has no plan to stop, no matter whose toe he steps or who his shots are falling on. So long, hundreds of thousands of his fans are showing appreciation by retweeting, liking and commenting. From the numbers seen on his timeline, it is clear that a lot of fans find these posts engaging and entertaining.

Unfortunately sometimes one man’s win, is another man’s loss. In this case, Wizkid’s growing influence on social media is turning on the heat on Davido. While the temperature was still melting ice, another superstar in person of Alhaji Tekno, acted like a toddler whose puerility led him to play with the burning fire and this time, Wizkid spat raw fire. It now seems the more they come, the more Wizkid raises the temperature.

While it might not be possible to determine Wizkid’s share of support in his battles, on the many grounds, it is however undeniable that the lashing out has kept him in the public glare day in-day out. It appears that Wizkid gives out a piece per time and each piece, forms the headline story. Little wonder why in recent times, Wizkid has been in the day-to-day news.

ALSO READ: Is MI Abaga The Greatest Nigerian Rapper Ever?

I know he is a global star and his street credibility is not from here, but even with that, we get to hear and talk about other artistes, but lately, it seems to be all about Wizkid. Now, fans are refreshing their Twitter pages to find the next Wizkid post, and if you observe, the topic on the pages of almost every media outlet is centered around the Star Boy.

One can conclude that Wizkid’s social media charge has done wonders to his public visibility. Now, Wizkid is standing with the tallest posture, metaphorically. He is the most talked about artiste, probably the most engaging on social media, because of this, a lot fans cannot give their attention to anything else other Wizkid. In fact, some have forgotten that our president is nowhere to be found, because Wizkid is giving them a new thing to muse about on each day.

But I cannot help notice that Wizkid’s new line of action seems to have aligned in sync with the release of his latest music project, Sounds From The Other Side. The PR agenda set the right mood for the album sale and has succeeded in getting the rapt attention of fans, with many of them already drooling about the newly released project. This singular feat has drawn Wizkid further more into the spotlight and will keep him in the central focus of the media for a while. After laying groundwork for the project’s release, Wizkid’s SFTOS is now certain to be a commercial success, clearly because his celebrated outspokenness on social media of late has plenty to do with the wide reception that will ultimately tie into massive album sales.