My Music Career Is Still Very Much Alive – Bez Discloses 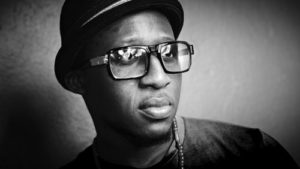 Nigerian Singer, Bez reveals that his music career is still thriving as against rumours that he isn’t making it because he doesn’t get called to perform at shows, he said the reason it feels that way is because the shows he performs at- do not get advertised.

In a recent interview, the award-winning songwriter came forward to squash the notion that he does not get invited to perform at shows. He explained that he does get invited for shows but he prefers not to make it known to the public eye due to his private personality.

He further explained that he was unable to hold a concert last year because he had to focus on his Music Hub project which was launched a few weeks back. He revealed that his third album is ready and would be revealed sometime in May 2019. He also plans to hold a concert from sometime this year.

Bez said “I just launched my music hub three weeks ago. All through last year, I was trying to set it up and I felt I would be able to do my concert too but it didn’t work out that way. This year, I will have a festival for the hub and still hold my concert later in the year.

My album is ready and I plan to hold a listening party for the creative community in a few days. I will release the album sometime in May.

“I am not a conventional artiste and I do things differently. I don’t need to release a single before I put out an album. Beyoncé released an album without a single and it has done well.”