“My Name Is Not DJ Kupe” – DJ Cuppy To Speed Darlington 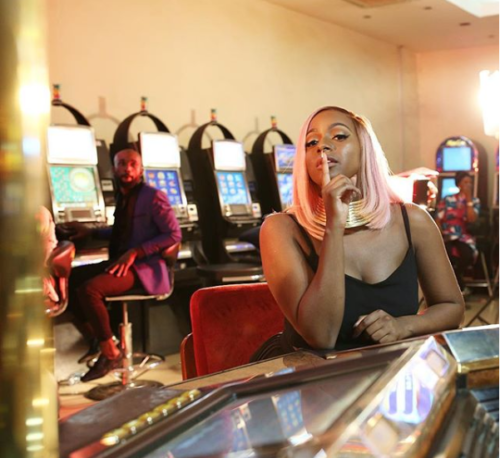 Superstar Dj Cuppy has seen it as a major duty of hers to correct the pronunciation of her name as the self acclaimed musician Speed Darlington  pronounces it as “DJ Kupe”. This error was made in a video by Speed  Darlington where he was seen imploring the billionaire’s daughter to pay him so he can ‘jump’ on her record “Werk” for a remake. Speed Darlington also says he has fire to spit on the record and as well focused on the money.

Well it seems the DJ is not interested in the deal as the only thing important to her in the whole video is that her name be pronounced properly as she cries out: 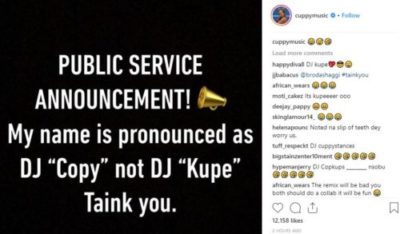 The self acclaimed Hottest African in America and antenna god, Speed Darling later went to Cuppy’s Instagram page to apologise for the wrong pronunciation stating that it is not his fault but that of his Igbo tongue that finds it hard to speak good English and sent her warm regards. Check below 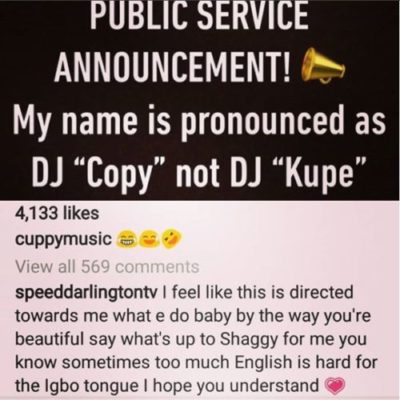