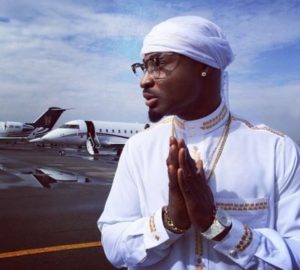 Singer, Harrysong has began to receive the “blessings” of the new year as he recently acquired a dream car. The singer took to Instagram to show off the new blessing which comes in the form of a white bulletproof Mercedes Benz SE350.

The singer who exited his ex-label in controversial circumstances, appears to have been making brilliant moves since his exit from the label. He started with the launch of his own label, Alter Plate. He went on to release a lineup of good singles before capping it up with the release of an album which he titled “The Kingmaker.” With the recent announcement of the acquisition of what he dubbed “new baby,” Harrysong appears to be receiving blessings from providence and he expressed confidence of more blessings to come, in his post.

“”My Nu Baby Just Arrived” – Harrysong Celebrates Acquisition Of Dream Car”, 5 out of 5 based on 1 ratings.