Naira Marley Is Now King Over Olamide, Others On The Streets – Do You Agree? 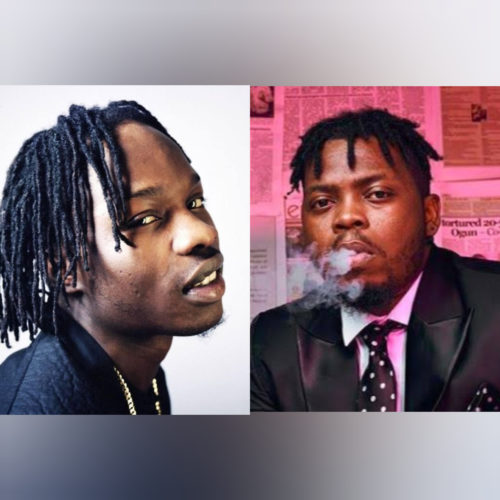 The currently overwhelming wave around Naira Marley started during the era of his case with the EFCC.

Since that time, it has been all the way up for the singer asmillions of Nigerian youths now seem to be acclimatised by his style of music and at the same time amused by his style of life. Since the end of his saga with the EFCC, Naira Marley has dropped 2 songs, “Opotoyi” & “Soapy” which have done amazingly well on the streets. Infact, the latter came with a dance style that caused a lot of controversy on the internet as the dance was tagged by many people to be a virus that could destroy the morals of Nigerian youths.

However, others found it interesting and adopted it as a dance-style they must always exhibit on the dance floor. This made the song even blow out of proportion and set it on the part to being a serious contender for song of the year. Fast-forward to the 11th of September, 2019, Naira Marley took to his Instagram page to announce a new song and video to drop soon but revealed he would only release it if he gets a hundred thousand comments. That shocked a whole lot of people as they feel that could be impossible to achieve or at least might take ‘forever.’ But that thought got defeated as Naira Marley was able to rack up over a 100 thousand comments in just only 16-hours.

This stunned a lot of people, making them come to a conclusion that there wouldn’t be any need for sentiments or bias opinions about the superiority of Naira Marley to other artistes on the streets. They immediately came to terms with the fact that a new king of the street has been born, someone who has dethroned Olamide from the seat he’s been on for almost a decade, someone that has dominated every other artiste on the streets, someone whose street credibility cannot be rivalled. They have come to understand that a new true champion of the hood has been crowned. And that champion is NAIRA MARLEY.

Nifemi is a graduate of the University of Lagos. He's a unique user of the pen when it comes to the expression of whatever. He is editor-in-chief of the organization and also a writer of news, articles, editorials and a lot more to help expand the level of knowledge of the readers and simultaneously have them entertained. A lover of music and football is who he is and a Man Utd die-hard.
Submit your comment
64 total pingbacks on this post
VIDEO OF THE WEEK