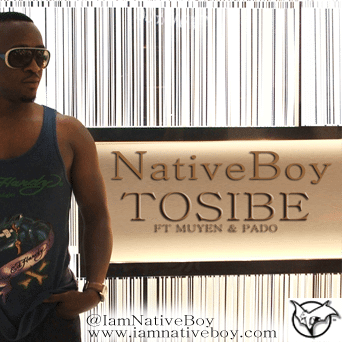 NativeBoy, Tunde Akinsanmi  who was formerly known as Tunde Styl-plus is a World Youth Federation Peace Ambassador, singer, songwriter, producer,CEO & Owner of BAT Records LTD.“TOSIBE” is a teaser from 4 of his singles billed to be released before his debut album drops later this year. Featuring on the track are Muyen [a BAT Records artist] and Pado.

The Music genre for “Tosibe” is Afro beat, pop with some R&B.NativeBoy “Tosibe” music video [yet to be released] was filmed in Lagos in February 2013 by award winning Mr.E Ehizojie Ojesebholo.“In Your Eyes (I.Y.E)” is NativeBoy’s debut single which is a sensational electronica/pop track played on radio stations worldwide.

Honey B – Up Down